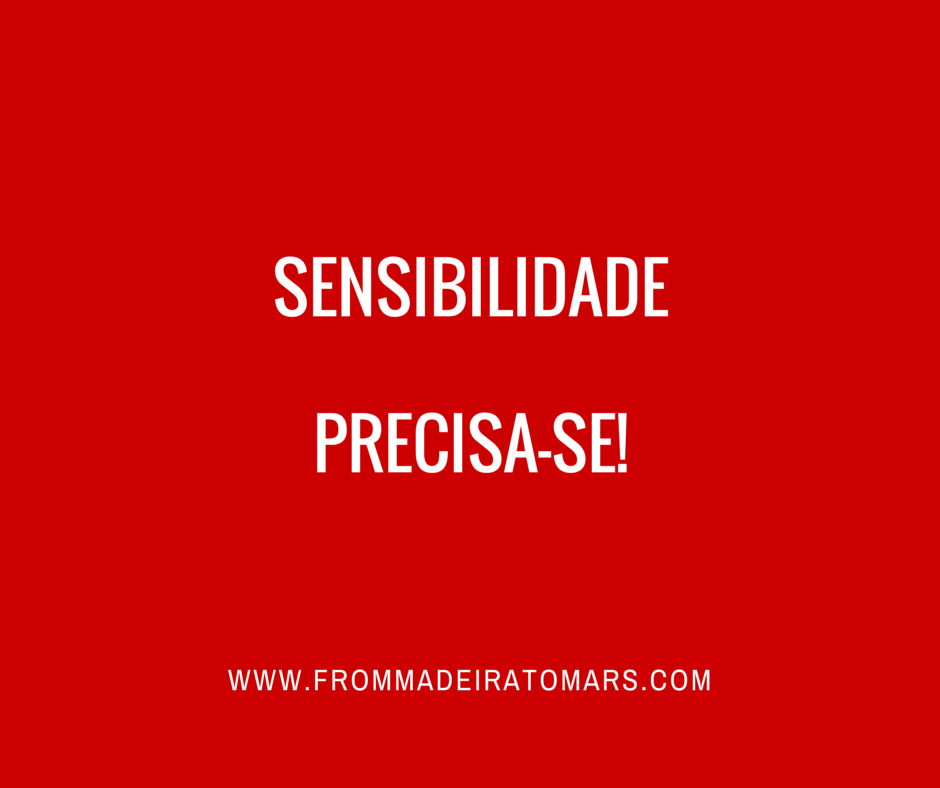 One of these days when I picked him up at school, he turned to me and asked :

. Mum,  is there any school in Madeira that only has good boys?

-What do you mean; good boys?

-You know, those who do not push others out of the queue to stay ahead, which lend the sharpener and rubber, that play with us instead of making fun of us ….   I wanted to move to there.

I was thinking about that question and what I would answer …

The truth is that the world is made of this variety of people and it is in school that (supposedly) you learn to deal with life “out there”.

I was not going to lie, that’s what I said.

World where rules the law of the strongest.

Where people are worth the profession they have, the things they own not the stories they bring with them (because there is not time to hear them). We’re all out of time, to live a hectic rush home from work, the live at the weekend or live to work (because work makes us focused).

This autopilot mode, for which we are formatted that turns out to be comfortable for those who have no sensitivity, courage or will to see that it is not to live, it is to die without hurry.

Call me immature, dreamy, ridiculous, spoiled, child  and all that an adult should not be.

But hey, if there was a school where there were only good kids, such as a World where the sensitivity give us the best “grade” that was where I was going to live. I admit.

“A person who has not been completely alienated, who has remained sensitive and able to feel, who has not lost the sense of dignity, who is not yet “for sale”, who can still suffer over the suffering of others, who has not acquired fully the having mode of existence – briefly, a person who has remained a person and not become a thing – cannot help feeling lonely, powerless, isolated in present-day society. He cannot help doubting himself and his own convictions, if not his sanity. He cannot help suffering, even though he can experience moments of joy and clarity that are absent in the life of his “normal” contemporaries. Not rarely will he suffer from neurosis that results from the situation of a sane man living in an insane society, rather than that of the more conventional neurosis of a sick man trying to adapt himself to a sick society.”
— Erich Fromm, psychoanalyst that  saw people as determined by their society, and most especially by their economic systems.