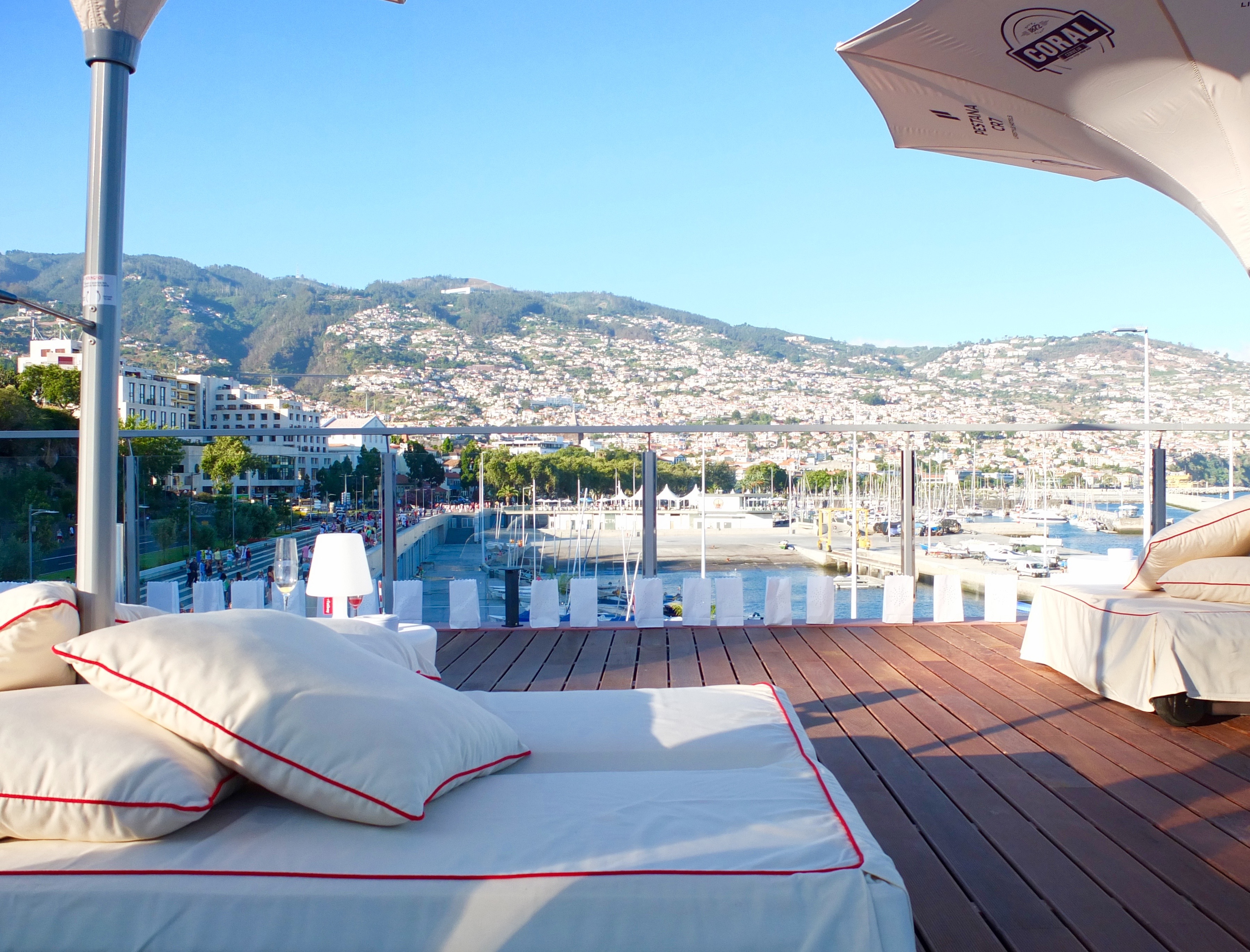 A peek inside peek the new Pestana CR7 Hotel

Friday the 22 of June 2016.
The big day had arrived – the official opening of CR7 first hotel.
And what better location than his hometown – Funchal – Madeira Island.
I have a big admiration and respect for Ronaldo’s accomplishments.
His football achievements need no description and as a madeiran myself, my heart grows even founder.

In all of my travels, whenever I mention I’m from Madeira, people always end up talking about Cristiano Ronaldo and sometimes, people know about Cristiano Ronaldo more than they know about Madeira.
Some people have also heard about Madeira wine as well and some of their parents have been to Madeira and loved it!
That’s also when I usually start showing pictures from my Instagram account and telling them about how passionate I am for this beautiful island…
Things are changing nowadays, younger people are visiting Madeira and so are families with children.
The opening of Hotels like this one are the real proof of that.

Stories from the road about Ronaldo…
I remember once meeting someone from Bhutan in ITB tourism fair in Berlin, that was a major fan of Cristiano Ronaldo, you should have seen the sparkle in his eyes when I told him I was from Madeira – he knew all about Madeira and followed Ronaldo since the days he played for Manchester United.
I remember once asking directions to a girl in Japan, a football player. After I said I was from Madeira, she guided me all the way through Shibuya crossing to help me look for a restaurant – she was totally obsessed with Ronaldo and promised she would come to Madeira, one day.
And so on, and so on…

Apart from his skills and talent which are extraordinary, to say the least, there’s something very special about someone who fights very hard to reach this high.
This is the case with both these extraordinary madeirans that got together to open this hotel – Dionisio Pestana and Cristiano Ronaldo.
After all this is the best football player in the world and the owner of one of the most successful Portuguese Chain of Hotels, the Pestana Hotel Group, which now exceeds the threshold of 90 units in 15 countries!

I felt the excitement on Funchal’s streets the minute I walked onto the avenue where the hotel is located, Avenida Sá Carneiro. You could feel the joy, hear the shouts and see the smiles of thousands of people, including little boys, wearing Ronaldo’s t-shirts. People were standing under the sun, waiting for hours to see CR7. Fans from all over the world got together at the hotel door to see this event, waiting to get a glimpse of Ronaldo.

It took me a while to process the emotions lived on that evening, mostly because I felt totally overwhelmed by Cristiano Ronaldo’s presence and the whole dreamlike atmosphere.
He is also a lot higher than I expected and has a “monumental attraction” effect.

As for the hotel, it is really lovely. The rooms are beautifully decorated with lots of light and a cool hip atmosphere. This is a themed hotel and the theme is CR7. The hotel has large windows and open spaces, the perfect place to see and be seen.
From autographed football t-shirts, to black and white sketches of Ronaldo, to inspirational quotes including the carpet in the hallway simulating the grass of a football field, everything is very stylish.

Hotel Pestana CR7 Funchal has 48 rooms and 1 Suite. The suite includes Cristiano Ronaldo PlayStation 4 + Virtual Reality Glasses & Games and even equipment for cardio workout with a personalised training program created by CR7 for his guests. There’s also a customised program ‘Get In Shape’, for those who want to be in good shape. Throughout the hotel, guests can use the free access to high speed WIFI and also take advantage of WIFI hotspots outside the unit, completely free.
This unit has also a pool on the rooftop, a deck for relaxation and the most breathtaking views of Funchal’s bay. The CR7 museum is only a few steps away.

My favourite features in the hotel were its stylish decorations surrounded by a relaxed, hip atmosphere and the breathtaking views to Funchal’s bay from the rooftop bar and pool.

Here are some of the hotel pictures.

P.S – Would you like to stay in CR7 hotel?
You can book it here.